In coaching, this subject comes along rather frequently.

So (my favorite coaching transition word) here's the question: "What is the structure of a conversation that's not supposed to have a script or seemingly no structure?"

The reason this is a subject for now is my prior blog on PCC to MCC ... the big gap. The structure a student learns in a coach training program is a script and that may be where we begin and end this discussion.

I then will ask you: "What is the purpose and utility of a script?"

For all the years I took drama courses and from my youth performing in plays, a recent foray into that world reminded me that a script is a structure for the story that allows me to portray the character within that script. I imagine that makes sense to most. But does being able to use a script well infuse me with mastery? I imagine most of you will say something like 'how could it?'

Yet again I will ask you 'what then, is mastery?' To answer that it might be wise to disappear into metaphor. I invite you to watch actors and sportspersons and journalists and others who are brilliant in their work ... seemingly without effort... and decide for yourself what the structure of their work actually is. In my experience do not be surprised if you find it very difficult to discover the actual structure that separates them from a script or a rule book or a deadline.

I leave you in the inquiry. I hope you find it well worth the time.
Posted by CoachChristine at 10:42 AM No comments:

The Big Leap from PCC to MCC 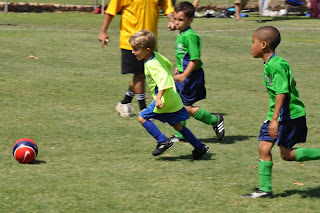 I’ve become clear that the leap from a coach training program’s idea of how to coach to being ready to pass the ICF MCC (Master Certified Coach) exam is often Grand Canyon size. I don’t really like to make this kind of distinction as it smacks of “Gee lady, who are you to pass judgment like that?”

I learned from the mouth of the late, wonderful George Leonard (Mastery) who reminded us all that mastery is a journey that requires a relentless commitment to practicing whatever it is one wants to master. He sees the actual road to mastery as a series of long and often unexciting plateaus where nothing seems to happen. “How come I’m not getting there?” “Why is there always more to do, more to practice, more times to fail?” Well, the answer is what he told us.

I have the deepest admiration for coaches who opt to be peer reviewed in a rigorous exam that does not hold back, play favorites or engage in politics. It’s really like that. I have admiration for a coach who approaches and attempts the MCC exam and does not succeed at first and yet never gives up.

Back to the leap.

Coach training programs play to the level of acceptable PCC (Professional Certified Coach) which is absolutely sufficient and indicative of a coach willing to sit for peer review and go through the rigor of the ICF requirements. No one is going to diminish this achievement. I do not say this lightly as I would bring aboard any PCC to work on a project without hesitation.

So who wants to submit to the high possibility of not succeeding in the MCC exam … often at first and occasionally several times? Well, that’s a choice that some want to make. My admiration is loud for those who stay with the development of their coaching skills and style even though the journey is often long, unexciting, frustrating and fraught with the possibility of failure along the way.

If this is okay with you, welcome to the journey!
Posted by CoachChristine at 10:40 PM No comments:

How does a coach use expertise and still remain a coach? Sounds simple ... or does it?

One of the changes I wish the ICF would make is to have a core competency call "Using Expertise" ... it's so needed. However, in the interest of not having enough clout to make that happen, I can at least blog about it.

When I first entered the ICF world in 1996 and then at a Conference in 1998, the idea of being a "business coach" was looked at with scowls and doubts. Just so you know, I was not trained as a coach in any of the first few coach training programs that focused (in the U.S., that is) on life or personal coaching. The perpetual struggle at the time was separating coaching from therapy/counseling/psychology. I wasn't in that struggle as I had one of my own: how does one's expertise fit in with a coaching model that doesn't include expertise at all (just read the current ICF Core Competencies and take note.)

Now I'm not going to put down the CC's as I use them everyday and appreciate their power. In fact, the worm has turned with respect to expertise with the advent of executive coaching as a power in the ICF through university coach training programs and those of us who hide out in organizations (as I do now).

Notwithstanding all this, the technique of using expertise is critical to remaining a coach for a client rather than an advisor or consultant ("this is what and how you do it") in approach. So here's what I do and I'll give an example ...

My client has a struggle managing his time and tasks. What's new about that? Nothing at all. High performing people very often get lost in in their sea of work and, absent managing it, often get lost at sea. It's tempting to "help" your client by giving them techniques to solve their situation. Very tempting and seemingly easy. But as a coach I'm not in that relationship with my client to do that. The test begins when faced with a fervent plea for help. This is where explaining once again how coaching works: "We'll tackle this as partners who will explore together what you might do about it." That's the first instruction. I also like to spend quite a bit of time in the exploration phase where my own curiosity can spur curiosity in my client. The facts are these: (1) we both need to know more about how my client works best; (2) what's the depth/breadth of the situation; (3) what's working now; and (4) what outcome makes the most sense. That's a rather leading series of questions/requests isn't it? Well, this part is all about clarifying the agenda so we know where to begin.

Do you recognize a bit of expertise showing through here? I hope so. Working with a client on a gnarly issue like "time management" isn't an "open question" at the outset. We need to have something to build on ... agree?

When all the preminaries are sorted out, it's time for coaching to take hold. This is when questions become open, the reminders of accountability become clear, the client is learning and seeing with new eyes, and the possibilities of new thinking appear. How cool is that?

You may notice that lists of things to do haven't appeared ... and they're not going to appear when impact coaching is happening. Things to do (aka 'actions') will come along naturally whenever the client's awareness reaches the "I can do something about it!" stage. That's when the coach is supportive but not naive ... "What might get in your way?"

I've found that just about everyone has issues around time and money ... no matter where they're from or how they think. Accepting this as a logical part of being human gives me wide space for accepting the infinite variety of ways people deal with these issues ... and gets me off the hook for being a 'know-it-all" with answers and directives. Clearly we all have it in us to find the way forward, especially with a coach who works from curiosity and lets the client do the "heavy lifting."
Posted by CoachChristine at 10:06 AM No comments: